Menu
Get a WhatsApp Bot

I hope you ENJOY LEARN Something  reading this blog post 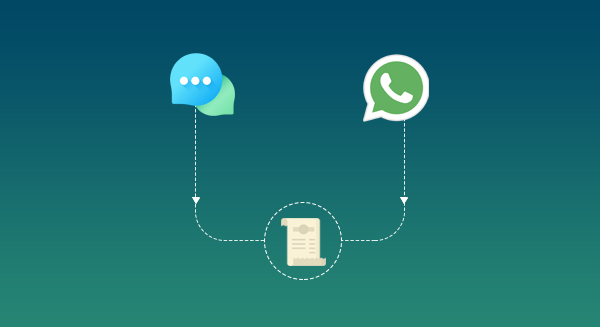 Hey! I am NotBot. I have helped 100+ companies to increase their revenue 3x by leveraging Whatsapp.

Want to accomplish the same for your business?

Let’s see how this conversation based pricing model works:

There are two categories of WhatsApp Business API: User-initiated and Business initiated.

All conversations are measured in 24 hour sessions. These sessions start whenever a business delivers their first message. The conversation can be initiated by either business officials or a user.

The first 1000 conversations of each month will be free of cost. These conversations can either be business initiated or user-initiated.

Ads with “Click to WhatsApp” CTA will have standard pricing. Also, user-initiated conversation starting from the ad is free but not the ad itself.

Here are some real life examples that provide you with a better insight of how user-initiated and business- initiated conversations are charged.

Let’s take a hypothetical situation with Anna, a hypothetical customer of Commercial Airways and Acme cosmetics, an imaginary airline and online retailer. Anna is comfortable using WhatsApp to message Businesses because she is aware that it’s the fasted way to avail live chat and customer support.

Anna initiates a conversation with Commercial Airways to ask about an upcoming seat reservation. When the airline’s response is delivered, then the user-initiated conversation begins.

2. Messages exchanged within a 24 hour conversation aren’t charged individually. Also, there isn’t any limit on the number of messages that can be sent and received in a 24 hour session. This allows Commercial Airways to engage with their customers in a timely sequence, avoiding extra charges.

3. If the conversation is continued after the initial 24 hour session, then additional charges will be applied. The airline will have to send a new message template to start a new conversation, which will be charged as a business initiated conversation.

In this scenario, the company has to pay for two user-initiated conversations.

Acme cosmetic’s Bot sent her a message template after 24 hours since the last message exchange. Hence this will lead to the beginning of a business-initiated conversation.

4th scenario: Business initiates the delivery of a message template

How does this new pricing model impact my already existing business use case?

Your business case use will determine how this pricing bill will affect your usage.

Here are some examples to understand how this model might affect your business use case:

Sending template messages will prove to be beneficial for you as pricing won’t be message-based. You can send many templates within a 24 hour session and pay for only one business-initiated conversation.

I have helped 100+ companies to increase their revenue 3x by leveraging Whatsapp.

Want to accomplish the same for your business?

Designed by NotBot Team with 🤍